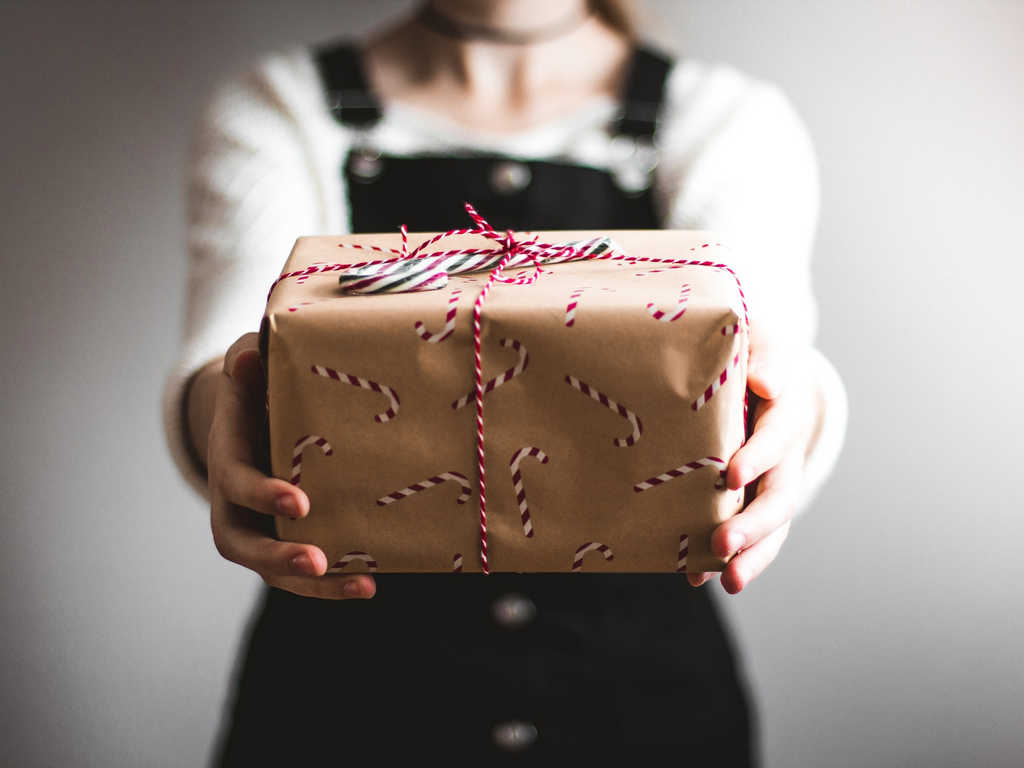 We may earn commission from qualifying purchases on Amazon.co.uk, Amazon.com and other stores at no extra cost to you. You may be redirected to similar products in your region. (more info)

Gift giving has become part of our life and play a huge role in birthdays and annual celebrations. Why do we give gifts? Well, the science says that it’s not just about the receiver, giving makes us feel good. In fact, the more thought that is put into the gift, the closer the giver feels to the recipient, even if the recipient isn’t as affected by the thoughtfulness (source).

We’ve pulled together these quotes to try and encapsulate the meaningfulness that people experience around gift giving.

“No one has ever become poor by giving.”

Anne Frank – I’ve started with my favourite, an exceptional quote from an exceptional girl. Her belief in humanity even during such a terrible time is inspirational and is portrayed in many quotes from her now published diary including this one.

“Giving is the only way to receive more.”

Lailah Gifty Akita – founder of Smart Youth Volunteers Foundation and author of Think Great: Be Great, a book about self-empowerment in which the quote is featured.

“I have found that among its other benefits, giving liberates the soul of the giver.”

Unknown – This quote is widely accredited to Maya Angelou, one of the great author, poet and civil rights activists of the 20th century, however a slur of mis-quotes attributed to her (source) means this could be unreliable, either way it’s a valuable sentiment.

“For it is in giving that we receive.”

St. Francis of Assisi – the patron saint of animals, merchants, and ecology

“Remember that the happiest people are not those getting more, but those giving more.”

Ben Carson – A quote that echoes the sentiment of the previous quotes from Ben Carson, serving secretary in the US government.

Anne Morrow Lindbergh – author and aviator who released Gift from the Sea in 1955 featuring this quote.

“The wise man does not lay up his own treasures. The more he gives to others, the more he has for his own.”

Lao Tzu – We’re sceptical about the origins of this quote but it is often credited to Lao Tzu, an ancient Chinese philosopher and writer from the 6th century BC.

Unknown – This quote is often wrongly attributed to Winston S. Churchill, but he never actually said this. (source)

“Nothing else in all life is such a maker of joy and cheer as the privilege of doing good.”

“You can give without loving, but you cannot love without giving.”

“We only have what we give”

“Every gift from a friend is a wish for your happiness.”

Richard Bach – A quote from an American novelist responsible for some of the biggest sellers in the 1970’s including Jonathan Livingston Seagull, a fable about a seagull learning to navigate life and flight.

“Those who are happiest are those who do the most for others.”

Booker T. Washington – educator and specialist government advisor to the President of the United States in the early 1900’s.

“Always give without remembering and always receive without forgetting.”

“To ease another’s heartache is to forget one’s own.”

“Love the giver more than the gift.”

All over the world people swap gifts at Christmas time, it’s arguable the biggest gift giving celebration in the world. Here are some specific quotes about giving at Christmas.

Peg Bracken – A quote from the popular humourous cookbook author of the 1960’s.

Don’t spoil Christmas Day by anticipating how it will be. Let is unfold as it does, and be grateful for whatever comes.”

Here are a few quotes specifically about receiving gifts to remind us how to do so graciously.

“The mutual practice of giving and receiving is an everyday ritual when we know true love.”

Bell Hooks – A quote from the book All About Love: New Visions by Bell Hooks, released in 2000 about the philosophy of modern life.

“Receiving is harder than giving, son, but gifts are made to be accepted.”

Dani Harper – Although this is a quote from a fictional book, Storm Warned by Dani Harper, it still rings true.

“God never gives someone a gift they are not capable of receiving.”

“A wise lover values not so much the gift of the lover as the love of the giver.”

Thomas à Kempis – A canon regular (like a monk) from medieval times and author of one of the top books of his time, The Imitation of Christ.

“I feel a very unusual sensation – if it is not indigestion, I think it must be gratitude.”

“Sometimes the smallest things take up the most room in your heart.”

A.A. Milne – We couldn’t finish the list without this classic Pooh quote from A.A. Milne, the quote has become a staple on Winnie the Pooh memorabilia.

Hope this has been useful and inspiring, if you have any other quotes to add please get in touch!